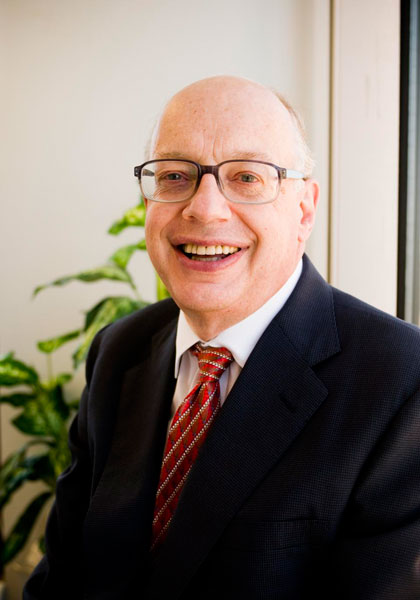 George Mosher was a successful entrepreneur who started a company called National Business Furniture and grew it to a nationally renowned company.

After selling it, he donated his time, money and considerable talent to helping other aspiring entrepreneurs to start their companies. He went a step further by investing in over 200 startups.

He was the single greatest and most generous individual angel investor in the State of Wisconsin.

To ensure that George’s legacy lives on, a Scholarship Fund has been created to cover the costs of qualifying entrepreneurs to receive quality coaching, mentoring and connections to resources they need to succeed in growing their companies.

The funds are not giveaways but awarded to only those who have proven they have the drive and talent to start a new company. The donations to this fund are tax deductible as BizStarts is a 501(c) (3) qualifying charity.

You can also add your own reason for giving in George’s honor by writing your message in the space below so other can read how George inspired you to make this gift.

George Mosher was an entrepreneur

George Mosher was an entrepreneur who not only started and grew his own business, but took great pleasure in providing others with the resources to do the same. He recognized that a truly successful business can only be led by a person who is inquisitive, thoughtful and sets a personal example of integrity and respectfulness.

George was my mentor

George was my mentor, my teacher and the one I credit with getting me involved in early-stage entrepreneur help.
If it weren’t for George I never would have founded BizStarts. He was on our Board of Directors early on and has given great advice over the years.

“He was both a true friend and mentor

“George and Julie started National Business Furniture in 1975. George always felt that: ” profit was an attitude”. They were profitable for the next 31 years while doubling sales every 3 to 5 years. After George retired he invested in over 200 early-stage companies in Southeast Wisconsin. He was both a true friend and mentor to countless entrepreneurs.”

Not only was George

Not only was George great at growing a business and being a friend to others starting theirs, he was the most gracious person I have ever met. Thanks George for for being a founding member of BrightStar Wisconsin Foundation.

George inspired me by the

George inspired me by the way he listened. He asked the challenging questions, and provided straight-forward feedback. He truly cared.

I am honored to help

I am honored to help support this worthy cause honoring such a great man’s legacy. I worked with George for over 17 years and learned something nearly every day. After I started my own business, he was very supportive and became somewhat of a cheerleader. I have saved every hand written note and email that he sent me as inspiration. George, you will always be the Wind Beneath my Wings…Thank You…You will be dearly messed by countless people but your legacy will live on in so many ways. And as you always responded to greetings, you really were “Fantastic!”

George joined Silicon Pastures soon after it was launched, and right from the start he started writing checks and making investments, and never stopped! When you’re on the other side of the mountain, there’s always the question “what’s next”? George just loved being in the space. Hard to overstate how important his support was over the years to the Wisconsin startup community.

Mr. Mosher was an incredible

Mr. Mosher was an incredible man and will be greatly missed though our memories of him and times shared will be treasured by us.

Investing in others is the

Investing in others is the gift of opportunity. George has been the most prolific investor in Wisconsin’s venture community – his impact has been and will be significant and lasting.

He was a great man

He was a great man for his deep commitment in helping the local entrepreneurial ecosystem. As a fellow angel investor in Silicon Pastures for 17 years, I will miss George’s insightful comments and intelligent conversations over existing and prospective early stage investments.

A chance meeting during tennis

A chance meeting during tennis lessons at River Tennis sparked a 40+ year friendship Marian and I enjoyed with George and Julie. They were an impressive team who built their office furnishings business into a national powerhouse. The entrepreneurial drive they shared lives on in the many start-ups they backed in the years following the sale of their company. Milwaukee’s business community is stronger as a result of the Moshers, but perhaps more importantly, those who knew George and Julie benefited most from their kindness, wisdom and integrity. They will be missed but their passion of fostering Free Enterprise will live on through BizStarts and the George Mosher Entrepreneur Scholarship Fund.

George’s wisdom, considered advice, curiosity and magnanimity will be missed.

George‘s wisdom, helpfulness, kindness, and investing in others inspired me!

George and I met over

George and I met over breakfast in Santa Monica, CA during his and Julie’s annual visit to southern California. What began as a business conversation from a mutual friend’s introduction turned into a 6-year friendship and I am lucky to have called George a mentor, too. His insatiable curiosity, of all things business and ideas, kept us talking for hours at a time and his business advice on managing a growing company was clairvoyant and modern. Though nearly 40 years different in age, George became a close friend, advisor, and mentor. I miss his limitless enthusiasm and unencumbered optimism and still implement Mosherisms throughout our organization.

George was a very savvy

George was a very savvy businessman and wonderful at “thinking outside the box” to solve business problems. He was highly intelligent and intellectually curious. His wide knowledge base about many diverse subjects certainly contributed to his tremendous success in business.