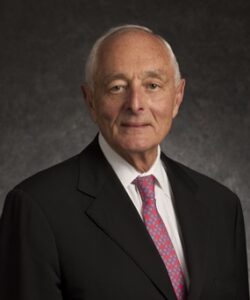 The concept was based on the reality that many small businesses were owned by persons whose goals were to produce as much money for themselves and their family as needed to finance their life style and needs.  In the case of a large or public company, the CEO was mostly motivated in gaining the largest salary, bonus and benefits that they could.

Mr. Lubar believed that in contrast, a professional owner was motivated to reinvest the company’s earnings to create a larger, more profitable company in all respects.  The key was reinvesting earnings and the patience which would create a larger and better business, instead of the short-term gain of more money in one’s pocket.  In effect, long term vision vs. short term.  The result was everyone gained, owners, employees, and the community.

In his first experience implementing Professional Ownership®, Sheldon Lubar acquired Sorgel Electric Corp.  Five years later, Sorgel had increased earnings three times and later merged with Square D. Corp., a prominent company in the electrical industry.  The result was a record return on investment. The proceeds from that sale were re-invested to build Lubar & Co. to where it is today, an owner and operator of a group of successful manufacturing and commercial businesses.

Sheldon B. Lubar is the founder and chairman of Lubar & Co. a private investment and wealth management office.  He was Chairman and Chief Executive Officer of the Christiana Companies, Inc. (NYSE:CST) until its merger with Weatherford International in February, 1999 and Chairman of Total Logistics, Inc. until its acquisition in 2005 by SuperValu Inc.

Mr. Lubar is currently a director of a number of private industrial companies and non-profit boards.  He previously was a director of Approach Resources, Inc., Crosstex Energy, Ellora Energy, Hallador Petroleum Inc., and Star Gas/Kestrel.

Mr. Lubar previously held governmental appointments under three United States Presidents, including Commissioner of the White House Conference on Small Business from 1979 to 1980 under President Carter, Assistant Secretary, Housing Production and Mortgage Credit, Department of Housing and Urban Development, Commissioner of the Federal Housing Administration and Director of the Federal National Mortgage Association from 1973 to 1974 under Presidents Nixon and Ford.